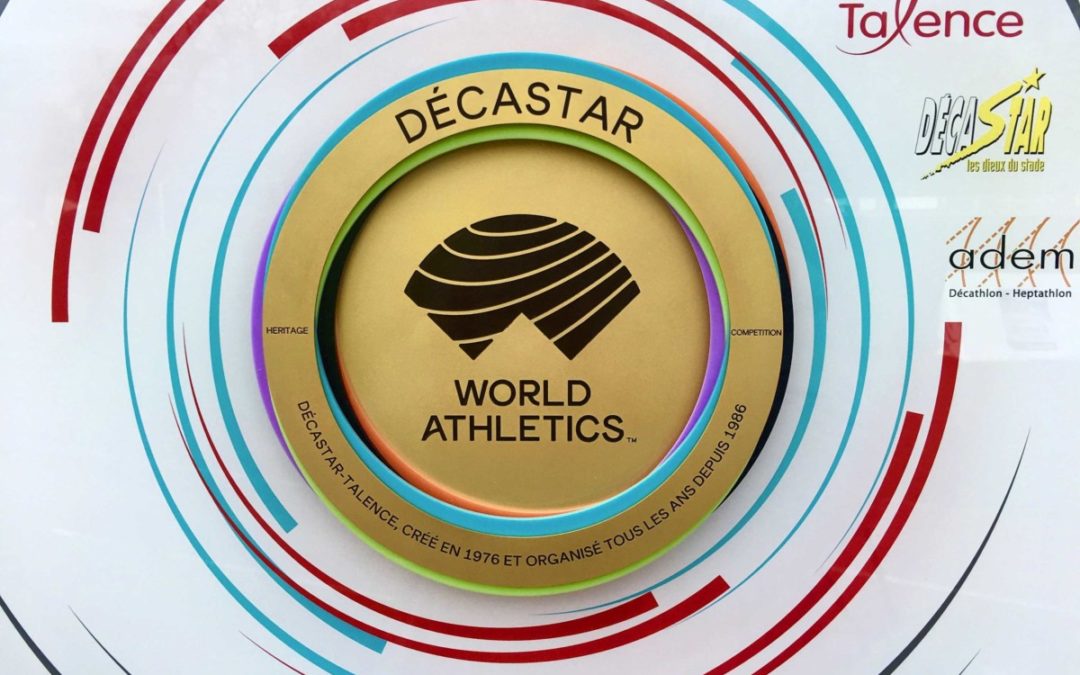 On May 10, 2019, the President of the International Athletics Federation (World Athletics) Sebastian COE honored the Décastar with a heritage plaque. This plaque corresponds to the highest distinction for an international athletics meeting. It is a recognition that highlights, celebrates and connects iconic and historic athletics competitions, careers, performances, cities, sites, monuments and culture across the world. This award now inscribes the Décastar and its numerous records in the world athletics heritage and honors ADEM, the organizer of the Talence meeting.

This distinction is the result of four decades of performances by top-level athletes at the Pierre-Paul Bernard stadium in Talence, but also of the involvement of our partners, our volunteers and our ever-increasing audience.

The first meeting in France to obtain this award, we are very honored to have received this heritage plaque on February 29, 2020.