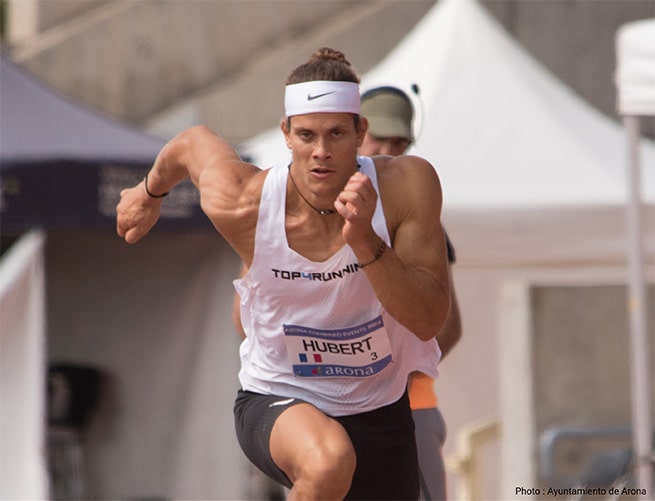 Discreet and concentrated on the track since his arrival in Talence in September, the second most active French performer behind a certain Kevin Mayer wishes to show that his ambitions remain unchanged after a year away from competitions.

At the end of 2021, Axel wants to start again on a new basis. He has therefore decided to settle in the land of the world record.

ADEM, which has been organising the Decastar for 40 years, has seen the world’s greatest athletes parade on the track of the legendary Pierre-Paul Bernard stadium. But this year, we have decided to strengthen our commitment to training by recruiting a second coach for the Athletes College, ADEM’s training structure.

Axel made his sporting comeback in June at the international meeting in Arona, and despite a minor injury that prevented him from finishing the competition, he showed that he had lost none of his brilliance by even winning the shot put event with a throw approaching 15m.

Axel hopes that ADEM will help him achieve his goals, which, although ambitious, are still within his grasp. Decastar in September and the Olympic Games in 2024: the collaboration between Axel and ADEM is just beginning ….